Global Learning in the 21st Century

This week sees our second guest blog from Rob Ford, Principal of Wyedean School. Rob has been a senior leader in various state and independent schools and has a background in international education, leadership and the International Baccalaureate. He's been working with schools and school boards on these areas all around the world for over 20 years. 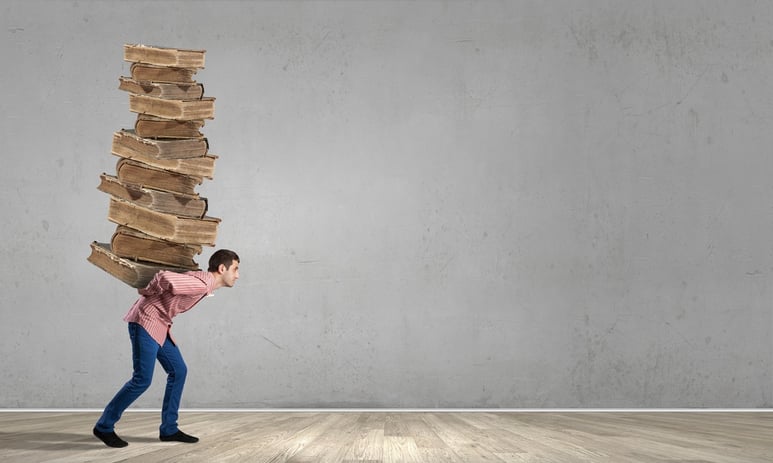 Similar to most schools, here at Wyedean we have a countdown in the staffroom for the number of teaching days left for Years 11 and 13 before their study leave in May. Since November 8th, I should have had one made for the countdown until President elect Trump’s inauguration due to the number of times sixth formers and Year 11s have asked me ‘how many days left until Trump now sir?’

As Principal I take a couple of Year 10 and 11 Critical Thinking groups each week. We meet in my study and over a cup of tea or coffee put the world to rights - discussing topics from philosophy or current affairs. It will come as no great surprise that over the past year, these sessions have been dominated by discussions surrounding Brexit or Trump - even the most abstract and obscure topics have led us back to these talking points. It’s certainly meant that we’ve attracted a good number of students and are never short of viewpoints which is healthy, but I am having to apologise to colleagues when we overrun!

As an educator, I am heartened to see that students at Wyedean want to talk more about their wider world and the impact it will have on them. As both a parent and school leader, I find that I do sometimes have to dig a lot deeper into my ‘reservoirs of hope’ more than I’m used to looking at the world in 2017. A story in The Guardian article recently questioned the idea of whether talking about Politics and World Affairs in schools should have a place in the curriculum. I know these pieces are often about provoking debate, but having taught history and politics for over twenty years and never revealing my voting preferences to any class, despite being the son of a former striking coal miner and NUM trade union leader, I felt the article only helped those who argue that somehow we should educate young people in an abstract neutral vacuum.

This has never been my view as an individual, teacher or school leader. At the beginning of my school career I was fortunate enough to start work in education at a Quaker independent school. As well as historian AJP Taylor, the school counted Philip Noel-Baker amongst its alumni. Noel-Baker was a renowned campaigner for disarmament, who helped found the UN in 1945 and won the Nobel Peace Prize for his work. A name rarely known these days but seismic in terms of his influence in establishing the UN after the chaos and destruction of World War II.

This post-war settlement was founded on a cooperative global international order based on the aspirations of the UN Charter and the concept of universal Human Rights. No matter how fragile or challenged this interconnected world view has been over the decades, it is still the one we hold onto today, resonating the aspirations of humanity for a better world for future generations.

I’m also lucky enough to be involved with two global educational organisations throughout my career; the British Council and the International Baccalaureate (IB). The British Council has influenced the global learning dimension in schools across the globe to an incredible extent over the last few decades.

Through the British Council I’ve had the privilege of being able to work with schools from around the globe as a British Council ambassador, using educational programmes that connect classrooms on a range of projects using innovative technology. The power of this international education is phenomenal in terms of the impact it has had on developing global citizens and a shared understanding of global issues. It’s also brought an incredible amount of fun and wider opportunity into the lives of all those involved, not least the students.

The IB is an established philosophy of education based on a curriculum and way of learning that transcends national borders, and is one of the oldest examples of global learning and in every IB schools I have worked with, there has been something special about its ethos, culture and values.

Over the years, there have been a multitude of imitations of the IB where the curriculum couldn’t be further from the original, with the focus moving narrowly to foundation skills such as numeracy, literacy and little else. Towards the end of the Blair government there was a commitment to develop IB schools in the state system, but this was abandoned by Gordon Brown and under the coalition government educational funding was not made available to state schools for the IB.

The UK provides some of the finest education in the world, a lot of it in independent schools offering the IB. It is interesting that when education ministers and think tanks talk about developing skills or character in Post 16 education, the IB is either consciously or subconsciously cherry picked. As a former director of a large Sixth Form and IB coordinator, I have used the model of the IB curriculum and global learning to model our current curriculum and learning. Working with the British Council has also heavily influenced the way I approach learning, partnerships, leadership and curriculum design.

Developing Critical Thinking groups has always been something I’ve implemented in any school I’ve taught in. It develops students’ leadership skills, offers a forum of stretch and challenge learning, is great curriculum enrichment and allows the development of global learning.

At Wyedean School, my students regularly hold discussions with their counterparts in France, Moldova, Russia, India and Indonesia to name but a few. This year, Skype sessions with a large IB senior high school near DC, have been particularly pertinent as the US primaries and election unfolded. My students were talking to actual American pupils about a world event that was impacting their lives and it wasn’t in an abstract context.

The same with their French counterparts in Lycee Rabelais, in southern Paris, as we discussed Brexit and the terrorist attacks on France. Wyedean worked with Forest Gate School in the summer of 2016 and visited East London as part of studying the radicalisation topic. In October 2016 we received a prestigious invite from the CEO of Virgin Money to attend a special conference sponsored by St George’s House, Windsor Castle.

The contributions made by a Muslim Year 11 student of Wyedean to this small forum of influential people on why radicalisation occurs, and the impact of Brexit, was a particularly proud moment in my career. Wyedean School is a DfID lead global school and a Confucius Institute hub as we have Mandarin in our curriculum and ensure our feeder schools and adult learning community are engaged in their wider world through these opportunities. In February we will play host to our partner school from Japan and later in the year a group of students will finally visit our partners in Gheorghe Asachi High School, Moldova.

We have spent a lot of Skype sessions talking to their students about everything from tea to their potential future in the EU, or closer to Russia as an ex-Soviet republic. Wyedean is now developing some of the IB programmes for its curriculum and are working with the IB to become an IB World School here in the borders of England and Wales, where the border under a fragmented and post Brexit “Global Britain”, may become more of a reality.

If we are to design an education system for the 21st Century then it has to be anchored in global learning. Whatever the current nationalist populist zeitgeist in Europe and America, the world will continue to become more globalised and interdependent through trade, culture, ecology, travel, resources and technology. The challenge in our education system is to celebrate local culture and identity, but also, not to be afraid of the other influences and benefits of globalisation that have been manifesting for over 500 years, since European sailors went off to discover new worlds.

I used to have this quote from HG Wells in my classroom as a history teacher: "Civilization is in a race between education and catastrophe. Let us learn the truth and spread it as far and wide as our circumstances allow. For the truth is the greatest weapon we have.” In a Post-Truth World the educator’s prayer has to be that education has to win that race for all of our sakes. Global learning is one of the key elements of holistic education for our students and future generations.