What is behaviourist pedagogy and what can cats teach us about the way students learn?

Pedagogy, the science of teaching, affects what we do as teachers and how our students learn. Whether we know it or not, pedagogy creeps into every aspect of what we do.

It’s important then, to fully understand the forces at play when we give a detention, set a group task or apply a seating plan.

As such a vast area of psychology, pedagogy is often broken down and grouped by its main ideators and theories. In this blog we’ll be delving into behaviourism.

Behaviourist pedagogy, or behaviourism, looks at the observable actions of students and assesses whether they are learning as effectively as possible.

The central belief of a behaviourist is that students learn through reinforcement - constant feedback that tells them whether what they are doing is right or wrong. This comes in the form of test scores, homework marks and more.

However, behaviourism has its critics. Some say that the approach disregards student identity and individuality, whilst other pedagogical theorists claim it studies actions of the body rather than that of the brain, and is therefore inept at assessing real learning.

Despite this, schools still employ behaviourist techniques in the classroom on a regular basis. Whilst it might not be effective in its purest form, elements of behaviourism are still crucial to the modern curriculum and the teaching of our students.

Behaviourism emerged in 1898, in the early stages of developmental psychology. It was the year that Edward Thorndike created his learning theory using a cat and a box.

The box had a pulley system and a lever that the cat had to use if it wanted to escape the box. Thorndike found that by giving the cat a treat when it learned to escape, it learnt to associate it’s actions with receiving a treat and would then escape faster next time.

This technique formed the basis for operant conditioning: teaching a behaviour or action through repetition and reinforcement. It’s the basis for most behaviourist approaches to teaching. 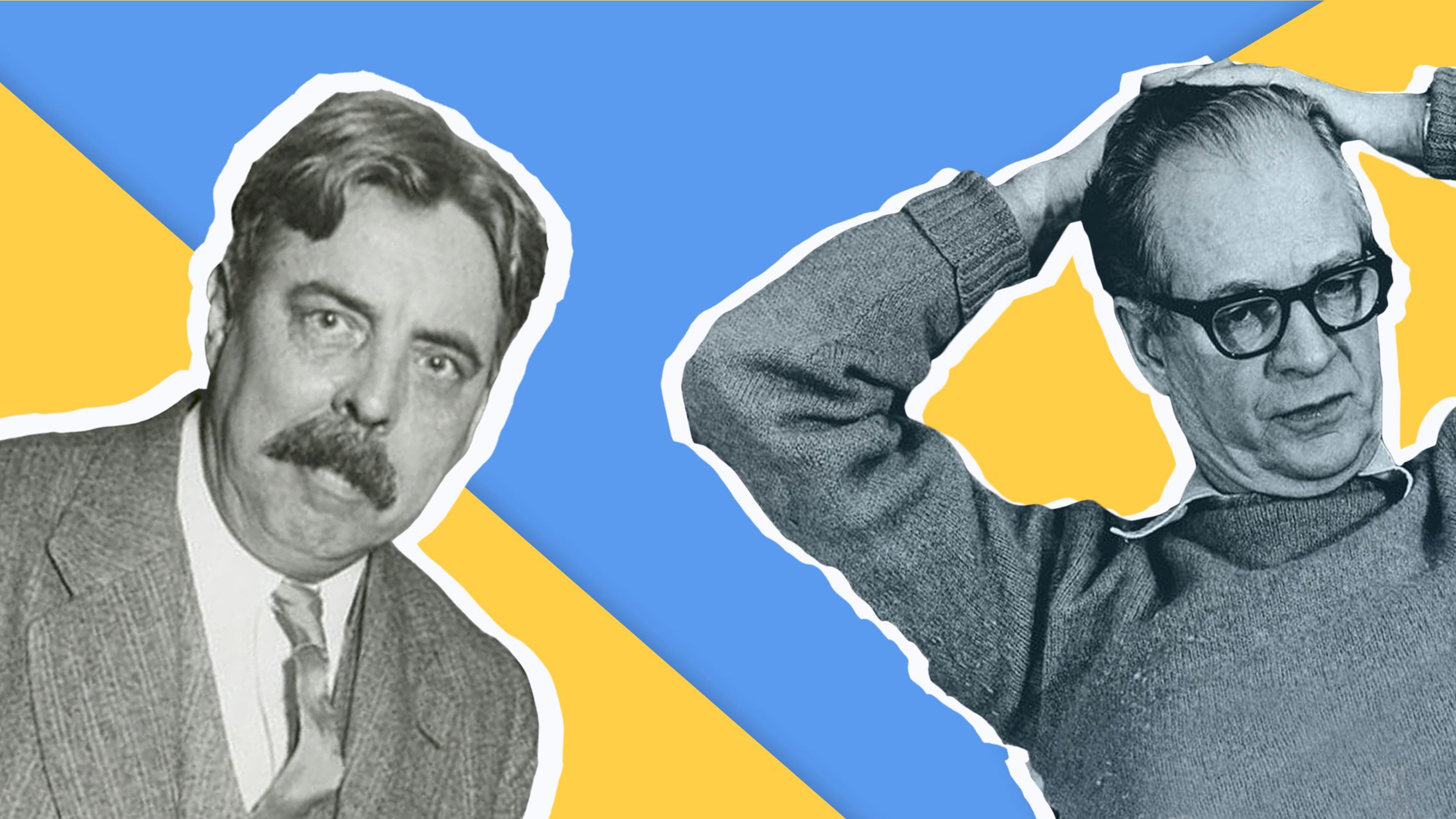 It wasn’t until 1937 that B.F Skinner coined the phrase ‘operant conditioning’. As a teacher, Skinner applied Thorndike’s learnings to the classroom with a heavily behaviourist approach to teaching.

He was an early adopter and developer of the ‘teaching machine’ - a desktop-sized wooden box with a viewing panel and a paper ticker for students to write answers. Teachers could insert different worksheets and students worked through these in class at their own pace.

The machine revealed answers instantly so that students could see if they got the answer right. If they did, they received positive feedback in the form of a praise message.

But the teaching machine couldn’t replace the personality, flexibility and availability of a classroom teacher. Nor could it mentor students and give them life lessons in their learning, so it was largely rejected by schools, but the theory behind it lives on.

Behaviourism in the modern classroom

Now we know the history, but what does behaviourism look like in the modern classroom? It might actually be more prevalent than we realise. In fact most UK schools’ curriculums are taught based on behaviourist theory.

Rewarding students for working well with commendations or praise points (even with vocal praise) is a behaviourist approach. This conditions students to behave or to strive for better work using the same operant conditioning techniques championed by Skinner.

You can also see behaviourist theory in the way we teach students to revise for exams. The repetition of tasks and quizzes to improve test scores and ultimately get a better grade is distinctly behaviourist. Students learn that the more they practise, the more praise they will receive for doing well and achieving higher grades.

How can you apply this?

What about if you wanted to create a fully behaviourist classroom? What would it look like?

We wouldn’t recommend going all out, but if you were to only apply behaviourism to your teaching it would likely look a little like this:

So what’s the problem here?

Well, there’s no evidence that the students understand the information they are processing. As Dr Carl Hendrick writes of pedagogy, “I’ve long thought that one of the weakest proxy indicators of effective learning is engagement, and yet it’s a term persistently used by school leaders as one of the most important measures of quality”.

Dr Hendrick puts forward the idea that, just because a student is engaged and working doesn't mean they are learning. He argues that the process of learning is much more internalised than behaviourists ever thought. 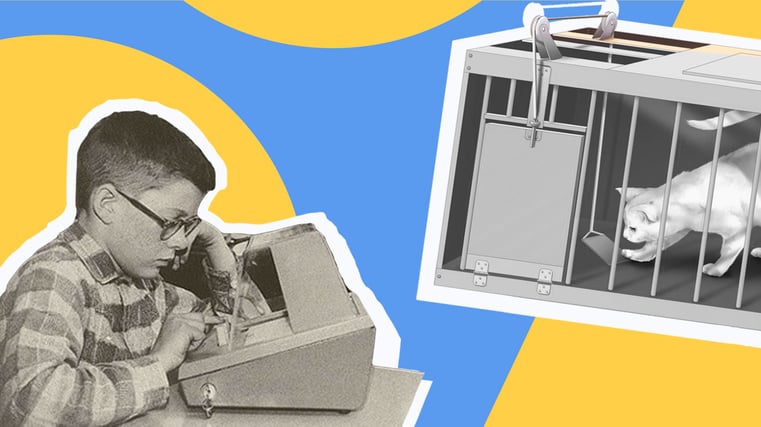 Behaviourism has informed a number of classroom learning techniques that teachers use on a regular basis. Whilst we might not want to enact an all out regime change just yet (or ever), applying some of these techniques can improve students’ progression and attainment.

Quick feedback - The sooner you give feedback after a task, the more effective it will be in shaping that student for success. If the wait is too long between completing a task and receiving feedback, it’s less likely students will associate the feedback with the work they did and any effects are lost.

Reward revision - Revision isn’t fun. But if you introduce a reward system that praises students for doing a certain amount of revision, with some kind of incentive, you can begin to create positive associations. This should combat cramming (which rewards last minute efforts as they happen closer to the time of feedback).

Start of lesson routine - Almost all teachers have a start of lesson routine, and it’s a prime example of conditioning. Over time students learn to come into the classroom and either sit down and await instructions or begin working on a task on the board. It’s simple but it works.

Overall, we’ve learned that we probably shouldn’t reintroduce the teaching machine, nor should we start putting students in boxes. But operant conditioning still holds true when trying to instill a learning mindset in our pupils.

By providing valuable and speedy feedback, rewarding good behaviour and getting students used to routines, teachers start to create habits in students that make them improve their learning. This can give teachers greater control over the class and empower them to take lead of lessons.

In an age of mobile phones and games consoles all vying for students’ attention, it’s important that we create healthy habits around schoolwork and the concentration it requires. Doing too much could put them off school work altogether, whilst doing nothing could mean losing out to devices that are a little more enticing than homework.

The real question for teachers is whether they believe this is the best approach. With so many schools turning to flipped learning and student centred classrooms, have traditional behaviourist techniques had their day?

Classroom Management Pedagogy
Back to all posts