What many perceive to be nothing more than a social construction, gender norms undoubtedly penetrate every aspect of our lives, from wearing pink or blue as a baby, playing with cars or dolls as a child, right through to the career paths we pursue for the best part of 50 years. So as we move in the right direction towards gender equality, are we also moving away from the traditional gender constraints of school subjects? 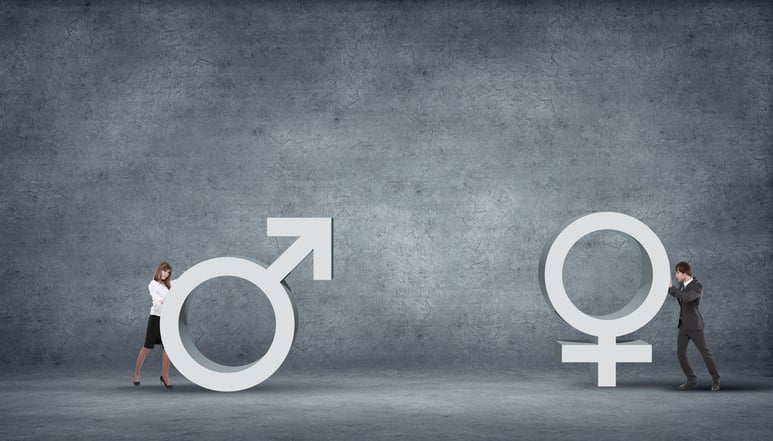 Traditionally, as children ascend the rungs of education, it’s not rare to see an influx of boys applying to Mathematical, Scientific or Technological courses, whereas girls may stick to Literature, Languages and Art.

Interestingly, in 2012, 8.7% girls achieved an A* at Maths GCSE, compared to 6% boys. However, once this compulsory subject is off the cards, boys are still 1.5 times more likely to go on to take Maths at A-Level. With constant publications stating that males are better at maths, this stereotype threat may be the reason why many females aren't keen to continue on their calculator quest.

With this in mind, it’s staggering that statistics from 2010 show that, 87% of Primary School Teachers were female, compared to just 11% of Corporate Managers and Senior Executives in banking. It seems that we really could encourage children to pursue a career based on their interests, rather than feel they should follow these gender norms. Having more male Primary School Teachers would undoubtedly give a better variety of role models, vital for the development of young minds.

But it’s not all doom and gloom and gender stereotyping. A recent article in The Telegraph has highlighted the stark contrast between the interest in Maths when gender division is taken out of the equation (excuse the pun), where shockingly, girls are 75% more likely to take A-Level Maths, and two and a half times as likely to study A-Level Physics in the absence of their male counterparts. It seems that without the stigmatism of a subject’s perceived gender, children are much more likely to break the norm and branch out into a wider variety of subjects.

And it’s not just the girls, with some of the top fashion designers and chefs in the world being male, they will be the first to tell young children that Textiles and Food Technology aren't the least bit feminine. So start young, follow your passions (not the norm), and maybe learn a thing or two from these three girls and their short video.

well-balanced education Education Blog Gender Equality
Back to all posts