How Can Teachers Support Students with ADHD? 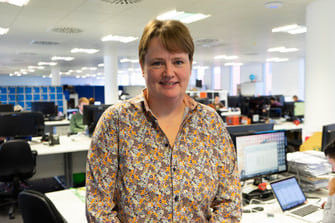 This week we're excited to have Nicola Jones-Ford, our Education Coach, write a specialist blog on ADHD.

Nicola has a vast amount of experience working as a SEND teacher and as a SENDco for schools and a number of local authorities.

She'll be sharing her SEND knowledge in a number of blog posts that focus on different areas of need. This week it's ADHD:

ADHD stands for Attention Deficit Hyperactivity Disorder, ADD (Attention Deficit Disorder) can sometimes be used where a student does not show any hyperactive traits, but this term is considered outdated.

ADHD is a neurodevelopmental disorder that manifests itself in various different ways for each student. It is estimated that about 2-5% of students in school are affected by this condition, this equates to 1 in 30, meaning that you could have a student with ADHD in every class you teach. It’s also much more prevalent in male students, with boys testing as six times more likely to have ADHD than girls.

The exact cause of ADHD is not clearly understood, but it is thought that it could begin when the brain is developing in the womb. Factors that may have an affect on this include being born premature, smoking, taking opioids or drinking alcohol during pregnancy, brain injury and lack of oxygen at birth.

It is thought that ADHD can be an inherited condition, as some families notice patterns through generations. Students suffering from the difficulty find it extremely challenging to focus on the task they are being asked to do as well as being very impulsive. Students may also be hyperactive.

How to identify ADHD in students:

5 ways to support pupils with ADHD

Helping the student to get organised is key to supporting them. They will not be able to do this independently as students with ADHD are likely to lose things given to them. This may be as simple as a task planner in class that helps the student stay on task. Technology can also be very helpful for this as apps that create to-do lists, schedule time and support homework completion can provide the reinforcement that ADHD students need.

3. Be aware of the impulsivity

A student with ADHD can be highly impulsive, they can blurt out their first thought without a filter, it’s as if the brain is not engaged before the mouth starts working. This can cause all sorts of things to be said without any of the consequences being intended. This can be hilarious, quick-witted but sometimes rude and offensive. Generally no malice is meant and the student just needs a reminder to think carefully before speaking. This impulsivity can also be evident in actions and deeds, this may cause them to fidget more than their peers. A student with ADHD is unlikely to be able to wait their turn in a class discussion, asking them first would help with this.

4. Remaining calm when focus is lost

Because students with ADHD having so many thoughts rushing through their brain, focussing in class is one of the many things that are happening in their brain at any one time.  Gentle reminders to get back on task and focus on their work is the best way to regain that focus rather than being challenging about it. Remember they really cannot help the ability to concentrate on the task in front of them.

Thinking about who the student is paired with in groups is important as an ADHD students think extremely fast and can get very frustrated with students who are thinking at a lot slower pace and this can cause problems for all the learners in the group, to the point where nothing productive gets done. Just think about the members of groups and try and avoid really slow thinkers with students with ADHD.

‘ADHD is like having a hundred thoughts coming into focus all at once and having to pick the most important, every second.’

Where can I find further support for pupils with ADHD ?

ADHD requires a medical diagnosis that is carried by a specialist generally within the Mental Health services.  This diagnosis usually involves looking at patterns of behaviour for the student both at home and school as well as usually an observation of the student. There’s a range of medications that can be prescribed for students with ADHD, but all cases are unique.

As a teacher, if you are concerned about a student talk to the school’s SEND team who will be able to support you with further information, relevant training, individual specific hints and tips and additional ways in which to support the student further if assessment is necessary.

Next week: Nicola will be looking at how teachers can support students with ASD (Autism Spectrum Disorder)

SEND ADHD
Back to all posts