Is Connectivism the Pedagogy of the Future?

So far we’ve covered the pedagogical theories of behaviourism, liberationism and social constructivism on the Satchel blog. This week we’ll explore the world of connectivism - a relatively young pedagogy and one that self-identifies as a ‘pedagogy for the future’.

We’ll be looking at where connectivism began, what it is, how to implement it in the classroom and how this learning theory changes the way students learn.

What is connectivism and what is a MOOC?

Connectivism is a learning theory that was coined by George Siemens in 2005. Siemens is a technology and education writer who is credited with co-creating the Massive Open Online Course (MOOC).

Put simply, connectivism is the theory that students learn best if they are taught to navigate and create social networks via technology and use these networks to learn. For example, joining a science forum that discusses mitosis and asking questions on the forum to learn from other members.

In Connectivism: A Learning Theory for the Digital Age, Siemens outlines what he sees as a pedagogy that truly aligns with the technology available to us as educators. To him, traditional pedagogies are components within connectivism, but he believes that only connectivism has enough distinct differences from others.

This paper also looks at the structure of connectivism, Including lessons that can be learned entirely remotely and educational forums and online discussions that expand infinitely with user generated knowledge. The theory relies on collaboration and what Siemens calls ‘navigating digital networks’ - or using the internet to find information for one’s own learning.

It’s from this theory that Siemens and fellow education philosopher, Stephen Downes, created their first MOOC in 2008. It was largely hailed as a success and more MOOCs were created and distributed online just months later. They included video lectures, dedicated learning resources, papers, assignments and more - all supported by an online support network of fellow MOOCers.

Whilst the MOOC concept may be more applicable to universities and adult learning, other elements of connectivism could be the missing pieces in the fight for a more tech savvy, connected future for secondary education.

How to introduce connectivism theory in the classroom

If you haven’t clocked it by now, connectivism relies heavily on technology. Online courses, webinars and dedicated forums are mainstays of this pedagogy. So the first step to creating a connectivist classroom is to introduce technology that complements and strengthens learning.

The secondary element in connectivism is freedom. Giving students autonomy in their work, as discussed in our liberationism and constructivism blogs, can create a higher sense of ownership. It also encourages collaboration and better team working amongst the class.

Using technology to learn and develop

All students know how to use the internet. ICT is a pillar of the curriculum and almost all students in the UK have access to the internet via a smartphone or computer. It’s a medium they are comfortable using and one that they have grown up with. They possess an almost instinctual knowledge of it.

Therefore, using the internet as a medium from which to teach seems almost like a natural progression. Whilst it may have been a little less realistic back in 2005, schools are better positioned than ever before to push learning online. Many already deal with homework and classwork through cloud-based systems.

But the focus here is on the learning theory itself. What does connectivism really give our students? As they’re preparing for their futures, it’s worth remembering that current students will go to work in a digital world. Preparing them to use technology, not just as means of unwinding and relaxation but as a tool for continual personal development, is invaluable.

One of the features of MOOCs is the support network, made up entirely of other students. This gives students the chance to learn through social interaction, which coincides with the theory of social constructivism - that students learn better when they interact. 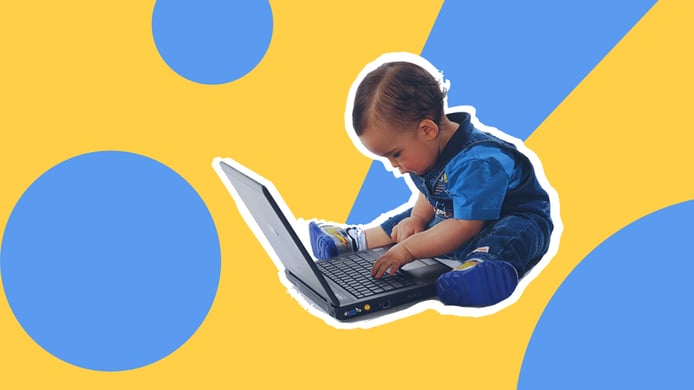 Forums give students the opportunity to form their own knowledge, and opinions, based on the content and discussions. For more curricular control, closed forums can be created giving teachers more control over content and focus on the chosen topic.

Another way teachers implement connectivism is through the use of classroom social media. Using a class Twitter account to announce homework tasks, school trips and to engage in discussion with students can help boost student engagement and set a good precedent for discussion amongst students and teachers - as well as being accessible at any time by any member of the class.

The development of classroom technology and edtech brings with it profound benefits that were not available just two decades ago. Students have more freedom than ever before. With almost uninterrupted access to the internet wherever they go, it’s feasible that they could be completing homework on the bus, at grandma’s or at a friend’s house.

By teaching students to navigate the internet, and its infinitely expanding communities, we aren’t simply showing them a tool they can use wherever they go. We’re teaching them how to use it specifically for their own development. Where to find valuable information, how to learn using this vast universe of data and opinion.

Whilst connectivism was largely met with acceptance among tech writers and edtech philanthropists - many more traditional education professionals and traditional pedagogues believed the theory to be a slightly adjusted version of constructivism. They argued that using online social interaction was too similar to regular social interaction for it to be considered a new approach.

But what this criticism fails to take into account is the added factors that are present in online interactions. Language is used differently, conversation takes place in text rather than audibly, making the experience altogether different. This in itself forms another criticism of the learning theory: the lack of real human contact.

True connectivism reduces human contact and raises the amount of time students spend in front of computer screens. This means less meaningful interactions and less time spent improving real social skills. But in the case of schools, it’s likely you’ll be using a hybrid version of connectivism that merges with broader constructivism to give students the best of both worlds.

Is connectivism the pedagogy of the future?

It’s often hailed as the pedagogy of the future, but is connectivism really the tech-savvy learning theory that’s going to take education into a new age? Maybe not. But it does solve some age old problems.

Schools in areas that experience extreme weather conditions or that have students that live far from the school will benefit from the ability to teach remotely via the internet, using a learning platform. This new ability also helps with unexpected school closures and other scenarios where teaching would normally be disrupted.

If the classroom of the future features more technology and students who are more adept at using the internet for educational purposes, as well as actually wanting to, then connectivism must play a part in making that a reality.

We might still have a long way to go before that’s a reality, but by adding more social media to your lessons and creating safe online spaces for students to explore topics, we might see the future sooner than you think.

For more on pedagogy, read our other blogs about the main pedagogical approaches or watch all of our guide to pedagogy video.

Embracing Technology Pedagogy
Back to all posts